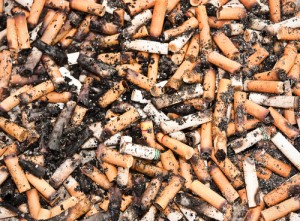 There is no more blatant example than tobacco, that our lives have less value than corporate profit.

CONDUCT SO WANTON, SO DEFICIENT IN A MORAL SENSE OF CONCERN, SO LACKING IN REGARD FOR THE LIFE OR LIVES OF OTHERS, AND SO BLAMEWORTHY AS TO WARRANT THE SAME CRIMINAL LIABILITY AS THAT WHICH THE LAW IMPOSES UPON A PERSON WHO INTENTIONALLY CAUSES A CRIME.

That is the statute for Depraved Indifference Murder. It is based on risk. If you are aware that your actions put people’s lives at risk, you ignore that risk and people die, you are just as guilty of murder, as if you killed them on purpose.

The leaders of the tobacco industry learned in 1953 that their products kill people. They met on December 15 of that year and decided to conceal the truth and continue to sell their products.

They now kill 10 people every minute, but they have never been charged with murder. 40 current U.S. Senators and 247 current U.S. Representatives accept tobacco industry money. State Legislatures are so easy to control, tobacco has called them their ‘home field’.

On August 17, 2006 the tobacco companies were convicted in a RICO trial (Racketeer Influenced Corrupt Organizations Act). They were convicted as drug dealers and pedophiles, though the language was more polite than that. It was listed as “targeting children”. If you prey on children, no matter what you want from them, you are a pedophile. The presiding judge called the tobacco industry, “The greatest fraud ever perpetrated on the American public.”

It is the only RICO conviction in history that didn’t result in prison sentences, seizures of assets, or even a fine. The year before they were convicted they got an Appeals Court to rule that they could not be punished. The majority opinion read, “remedies should be forward looking instead of punishing past misdeeds”. If you have enough money even murder is not a crime, not even 10 murders every minute. 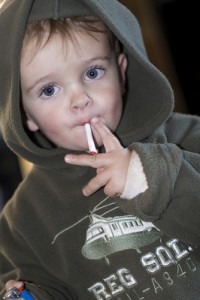 In 2010 the top 6 U.S. tobacco companies made $35 billion, or $6000 for every person they killed. That is the value of human life under corporate rule. If our elected officials won’t protect us from these killers, they won’t protect us from anybody. If we still had a right to life, this industry would no longer exist.

The Safe Food and Drugs Act (FDA forerunner) passed in 1906, but not before pro-tobacco Congressmen threatened to block the whole bill unless tobacco was removed from its jurisdiction.